By Ramona MidkiffFebruary 10, 2021No Comments 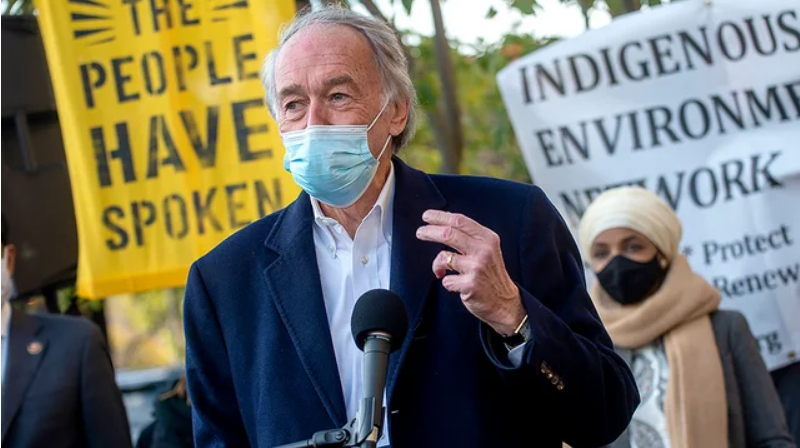 Sen. Ed Markey (D-Mass.) said Monday he is hopeful there is bipartisan support in Congress to take action on updating national broadband plans.

His statement underscored the urgency of modernizing the plan to expand internet access as the coronavirus pandemic continues to highlight the digital divide.

“I’ve always believed that, essentially, telecommunications policy is bipartisan — should be bipartisan. You have to work hard to make it ideological,” Markey said during the INCOMPAS Policy Summit.

“My hope is that we’ll be able to really move forward in a way that reflects the ultimate need for bipartisanship,” he added.

On Sunday, Markey and Rep. Anna Eshoo (D-Calif.) reintroduced the National Broadband Plan for the Future Act, coinciding with the 25th anniversary of the 1996 Telecommunications Act which transformed broadband deployment.

Markey and Eshoo’s legislation calls for the Federal Communications Commission (FCC) to update the national broadband plan in a way that addresses concerns highlighted by the coronavirus pandemic.

It would require the FCC to assess the U.S.’s progress in deploying broadband infrastructure since the 25-year-old plan was created, and develop a new roadmap for closing the digital divide.

“I’m proud of the roadmap that my previous provision created and the amazing progress we’ve made over the last decade. However, we still have a ways to go before we finish the job. During the coronavirus pandemic, we are seeing more than ever how necessary robust and affordable broadband is to the future of American life, education, jobs, and medical care,” Markey said in a statement.

Eshoo similarly called attention to issues of the digital divide emphasized by the pandemic, as professional and personal life has largely shifted online.

“From telehealth to remote learning to teleworking, high-speed internet is essential in our day-to-day lives. We must make broadband affordable and accessible for all Americans. That’s why I’m proud to reintroduce the National Broadband Plan for the Future Act to ensure all Americans have broadband,” Eshoo said in a statement.

Sen. Roger Wicker (Miss.), the top GOP member of the Senate Commerce Committee, signaled Republicans are willing to reach across the aisle to update the 1996 law.

“[email protected] looks forward to working with his colleagues to modernize aspects of the law to accelerate broadband deployment to unserved areas and promote continued investment and innovation in the communications sector,” the committee Republicans tweeted.

Housed within the 1996 law is the controversial Section 230 of the Communications Decency Act, which provides a legal liability shield for tech companies over content posted on their platforms by third parties.

Section 230 has increasingly come under fire from both sides of the aisle. Democrats argue tech companies aren’t doing enough to combat misinformation and hate speech, and Republicans have issued unsubstantiated claims that tech giants are censoring content in a way that demonstrates an anti- conservative bias.