Too Many Rural Americans Are Living In the Digital Dark. The Problem Demands A New Deal Solution

By Ramona MidkiffNovember 2, 2020No Comments

Home » Too Many Rural Americans Are Living In the Digital Dark. The Problem Demands A New Deal Solution 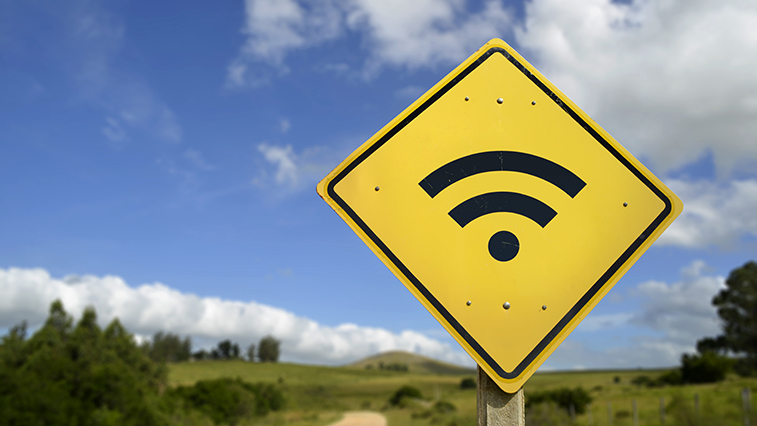 The COVID-19 pandemic has led to a surge in demand for everything from hand sanitizer and face masks to lumber and toilet paper. It has also led to the soaring use of telehealth services: Between April 2019 and April 2020, national privately insured telehealth claims’ increased by 8,336 percent (as a proportion of total medical claims). While those ratios eventually tapered in the proceeding months as in-person visits rebounded, there’s no doubt that more patients and providers are relying on telehealth than ever before. But rural Americans are 10 times more likely to lack broadband access than their urban counterparts. In 2018, the Federal Communications Commission (FCC) estimated that one-quarter of rural Americans—and one-third of Americans living on tribal lands—did not have access to broadband (meaning download speeds of at least 25 megabits per second). By contrast, less than 2 percent of urban Americans lacked that same access.

The COVID-19 pandemic has not impacted the United States uniformly. Indeed, densely populated urban centers initially bore the brunt of the disease with certain minority populations infected at higher rates. As COVID-19 migrated from big cities to smaller towns, minority populations continued to suffer disproportionately higher infection rates. Even in predominately rural states, such as South Dakota, Asian Americans became infected at rates six times higher than their share of the population. Similarly, in New Mexico, Native Americans accounted for more than half of the COVID-19 confirmed cases but only comprised 11 percent of the population. These trends underscore an important aspect about the demographics of rural America: It is far from monolithic.

In fact, rural America is becoming increasingly diverse. In 2010, one in five rural Americans was a person of color or Indigenous individual—up from one in seven in 1990. The 2020 census will likely be even higher. Specifically, recent immigration patterns have changed the racial and ethnic composition of rural regions. In a 2018 Center for American Progress report, a sample of 2,767 rural places witnessed an average population decline of 4 percent through a 12 percent decline in native-born population but a 130 percent growth in immigrant populations. Yet, alarmingly, rural Black, Latino, Asian, and Indigenous adults are also less likely to have a personal doctor and more likely to forgo routine health care visits due to costs, just like their urban peers.

Moreover, rural Americans are statistically poorer than their urban peers   across all racial and ethnic backgrounds. According to the Census Bureau’s 2013–17 five-year estimates from the American Community Survey, poverty rates for mostly rural (16.3 percent) and completely rural (17.2 percent ) counties stood higher than mostly urban counties (14.3 percent). Similarly, in the same survey, predominantly urban counties reported household incomes of $59,970 while mostly and completely rural counties disclosed figures of $47,020 and $44,020, respectively. Arguably, for rural patients, the cost of health care matters nearly as much as the access to it—with telehealth offering a cheaper and more accessible alternative during the COVID-19 pandemic.
A New Deal–Inspired Solution

This rural telehealth crisis must be addressed at the federal level.

In 1930, nine out of ten rural farms and ranches in the country were not connected to the electric grid. Without electricity, rural economies were being left behind. Women and girls were forced to haul water and wash clothes by hand. Factories and big employers congregated in cities where electricity was cheap and abundant.

The New Deal changed that. With the passage of the Public Utility Holding Company Act in 1935 and the Rural Electrification Act of 1936, federal funding allowed cooperatives and other entities to string wires to rural areas. By 1950, about 9 out of 10 rural farms and ranches were connected to the electric grid. Today, that figure is close to 99 percent.

Similar federal action is needed today to solve the rural broadband problem. In 2019, the Pew Research Center found that roughly 63 percent of rural Americans have home broadband internet, still 12 and 14 percentage points lower than their urban and suburban counterparts, respectively.

How much will it cost to bridge the digital divide? Stringing fiber optic cable costs about $20,000 per mile. That’s a lot of money to spend when some rural areas may only have a few houses for every mile of cable. But that’s the very same problem that had to be overcome with rural electrification.

In 2017, Deloitte Consulting put the cost of extending rural broadband at about $40 billion. A 2018 analysis by the National Rural Electric Cooperative Association found that about 6.3 million electric co-op households “totaling 13.4 million people, lack access to adequate, high-speed broadband service.” The association’s cost estimate for addressing the problem was the same as Deloitte’s: about $40 billion.

Politicians are paying attention to the problem. Last year, FCC Chairman Ajit Pai approved $5 billion to improve rural broadband, and later this month the FCC will hold a reverse auction for some $20 billion in grants being made available through the Rural Digital Opportunity Fund. In addition, former Vice President Joe Biden has pledged to spend $20 billion on rural broadband infrastructure and plans to triple the US Department of Agriculture’s Community Connect grants partnering with rural communities across the US.

Whatever the total cost of solving the rural broadband challenge, it is clear that tens of billions of dollars in federal investment is needed.

Critics may claim that the private sector can, and should, solve this problem. But if that were true, it would have already done so. Back in the 1930s, electric companies had the ability—but not the economic incentive—to electrify rural areas. The same holds true today for rural broadband. Today’s lack of rural broadband is a market failure that can only be cured with federal dollars.

Federal investment in rural electrification helped ignite investment across the country. Manufacturers didn’t have to locate near big cities, instead, they could build factories in rural areas where land was cheaper. Electric machinery and refrigeration made farms and ranches more productive. Today, in an era where remote work is increasingly common, rural and urban Americans alike need broadband to stay connected and productive.

Federal investment in rural broadband could help reduce health care costs because it will give patients more options in how and where they seek medical care. Multiple studies have found that as hospitals close, competition declines and prices go up. If telehealth appointments provide a less costly option than in-person visits, then federal spending on rural broadband could ultimately be offset by smaller outlays for Medicare.

To be clear, federal investment in rural broadband should come with some caveats, including some influence with regard to pricing. For instance, broadband prices in a region that has benefited from federal loans should not exceed the prices paid by customers in the two closest exurban areas. Furthermore, to ensure competition, the FCC—along with the respective offices at the Federal Trade Commission and Department of Justice—should monitor and enforce antitrust measures.
An Impact Beyond Telehealth

Rural broadband is not just about telehealth. The pandemic has proven that it is also essential for education and remote work. Microsoft CEO Satya Nadella recently declared that “broadband is a fundamental right.” However, just like in the 1930s with electricity, bringing broadband to rural communities will not happen easily or cheaply. Sustained political support—along with tens of billions of dollars in federal grants and loans—will be needed to bring all of rural America into the 21st century.

Now is the time for a new federal program that will energize rural broadband in the same way that the New Deal brought electricity to rural America and bring rural patients out of the digital dark.
Authors’ Note

The authors are visiting fellows at the Foundation for Research on Equal Opportunity.