Telehealth seizes its moment on the stage by GSA Business Report

By Ramona MidkiffApril 29, 2020No Comments 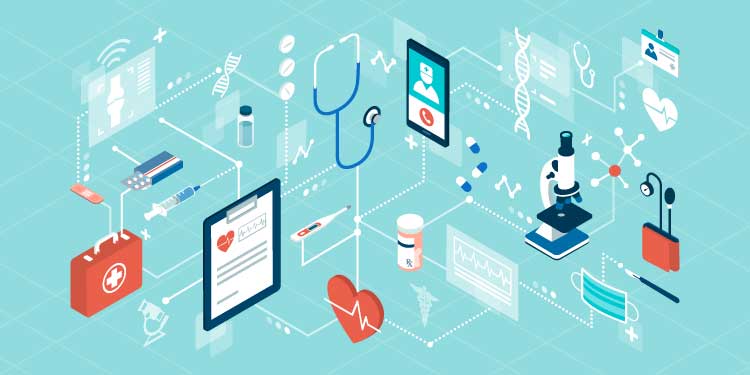 By March 23, the Anderson health care system had served more than 8,000 patients through remote services including video visits with doctors and telephone check-ups for patients without video-conferencing capability.

According to Kim Burden, AnMed’s Physician Network director, the hospital system built a telehealth matrix across in its multi-countywide web of physician practices in three days.

“We’re providing a lot of care through telemedicine services today and we weren’t actually doing any of those things with the exception of e-visits a month ago,” she said.

The program, developed in-house, runs off FaceTime, Google Duo and Epic to connect to patients and record symptoms as patients fear contact with COVID-19.

“We think the door has opened with these services,” Burden said. “Previously, these were only available in rural areas as far as reimbursement was concerned.”

Prisma Health is now receiving hundreds of telehealth calls each day across the Upstate and Midlands, while the number had been in the teens prior to the outbreak.

“You have to be close enough to a phone to access a Prisma Health provider. Through our virtual visit program, anyone who has an Android or IOS smartphone could access one of our providers,” said Dr. Matt Bitner, chairman of the Prisma Health Department of Emergency Medicine.

The health care provider had previously outsourced some telehealth services to national providers but has since brought the system back to South Carolina with in-house operators.

“Telehealth is really important, because the first step is talk to your physician via telehealth before you go to the emergency room,” said Thornton Kirby, president of the S.C. Hospital Association. “That message got out really effectively early on, and emergency rooms are down to about 40% of normal [visits].”

Despite increased production of personal protective equipment, Kirby said a shortage persists across the state but the scarcity is mitigated by telehealth capabilities.

Still, with telehealth technology just now taking center stage as a result of the pandemic, Thornton says a legacy payment system and patchy rural broadband may slow widespread take-off of virtual health care for the time being. He said many homes in rural regions lack access the internet bandwidth necessary for telehealth consults, but bipartisan efforts on the state and federal level have begun to make better bandwidth widely accessible.

“We are making slow and steady progress,” he said. “I think this COVID pandemic is going to, in retrospect, be a spark that really kicks it into a higher gear.”

Jon-Michial Carter, co-founder and CEO of Chartspan, noted enrollment for his company’s telehealth services have spiked by 30% in the past month in the largest month-over-month increase he has ever seen. Over half of his customers — expansive healthcare networks and private clinics alike — have abbreviated their hours or suspended their practice. The Greenville-based company serves more than 100 health care systems and practices across the country, including some Upstate providers.

“We work with their elderly patients making sure that their care needs are being followed, so we become the first line of defense for those patients that are managing healthcare concerns, especially COVID-19 concerns,” Carter said. Chartspan’s clinicians screen patients’ symptoms, which are analyzed using algorithm-based protocols, and then prompt them to schedule an appointment with their doctor, visit the emergency room or stay home.

Last month, Chartspan fielded 30,000 patient calls with 76% involving COVID-19 symptoms. Out of these COVID-19 screenings, 98.1% of all cases did not require a follow-up appointment. According to Carter, such services help strained health care providers focus on patients in critical need and shields vulnerable populations from increased infection.

He has met some resistance from skeptical doctors, but Carter argues that telehealth expansion during the epidemic is only the beginning.

“The horses have left the barn and they are never returning,” he said. “You are about to see a dramatic and sustained increase in telehealth, and you will see a dramatic change in the way health care happens in this country because of telehealth.” Carter said he expects one-quarter of all health care encounters to transition to remote health platforms.

Dr. Graham Adams, CEO of the S.C. Office of Rural Health, also sees the epidemic as a tipping point for widespread use of telehealth among smaller providers as well as existing pioneers. The recent passing of the CARES act grants reimbursement for some telehealth activity and has stimulated additional growth, even if the terms of billing regulation are not yet clear.

“Those capabilities have been in place for a long time,” Adams said, noting that regulations usually thwarting telehealth expansion have been suspended during the pandemic. “If there is a silver lining to this, it might, at least in our state, serve to accelerate a lot of the telehealth technologies at a greater rate than it would’ve been.”

“It’s certainly our rural communities that struggle with that more. Again, the lack of reliable, affordable internet is a problem, not just with the healthcare environment, but also in ensuring that folks can work remotely from home, that school children can have the ability to do school work from home — all those things that when you live in Greenville, Columbia or Charleston, you kind of take for granted,” Adams said.

This article first appeared in the April 20 print edition of the GSA Business Report.