By Ramona MidkiffApril 21, 2021No Comments 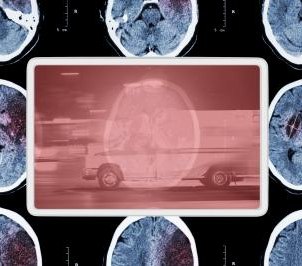 The study conducted by researchers at Medical University of South Carolina (MUSC) Health, in partnership with Georgetown Memorial Hospital and Hampton Regional Medical Center, found that door-to-treatment times were cut by about 18 minutes on average when telehealth consultations began in the ambulance, according to an MUSC press release.

“A 15-minute reduction in door-to-treatment time leads to patients with reduced complications from tPA and significant reduction in disability or death,” said Christine Holmestedt, D.O., the medical director of MUSC Health’s Comprehensive Stroke Center, in a statement. “They are more likely to be discharged to an acute rehab rather than long-term care, and they have much better functional outcomes.”

The study tested a new telestroke workflow that involved three-way communication between the patient and EMS crew, a stroke specialist and staff at the receiving hospital. The in-ambulance consultations helped emergency department doctors and nurses better prepare for the patient’s arrival, and also helped determine whether the ambulance should be rerouted to a comprehensive stroke center rather than the closest hospital, according to MUSC.

“These improved outcomes reduce disability and even death for patients seen with acute stroke,” Holmstedt stated. “And they don’t negatively impact the EMT workflow, so we can bring more efficient treatment options to the state’s rural population.