By Ramona MidkiffMay 25, 2021No Comments 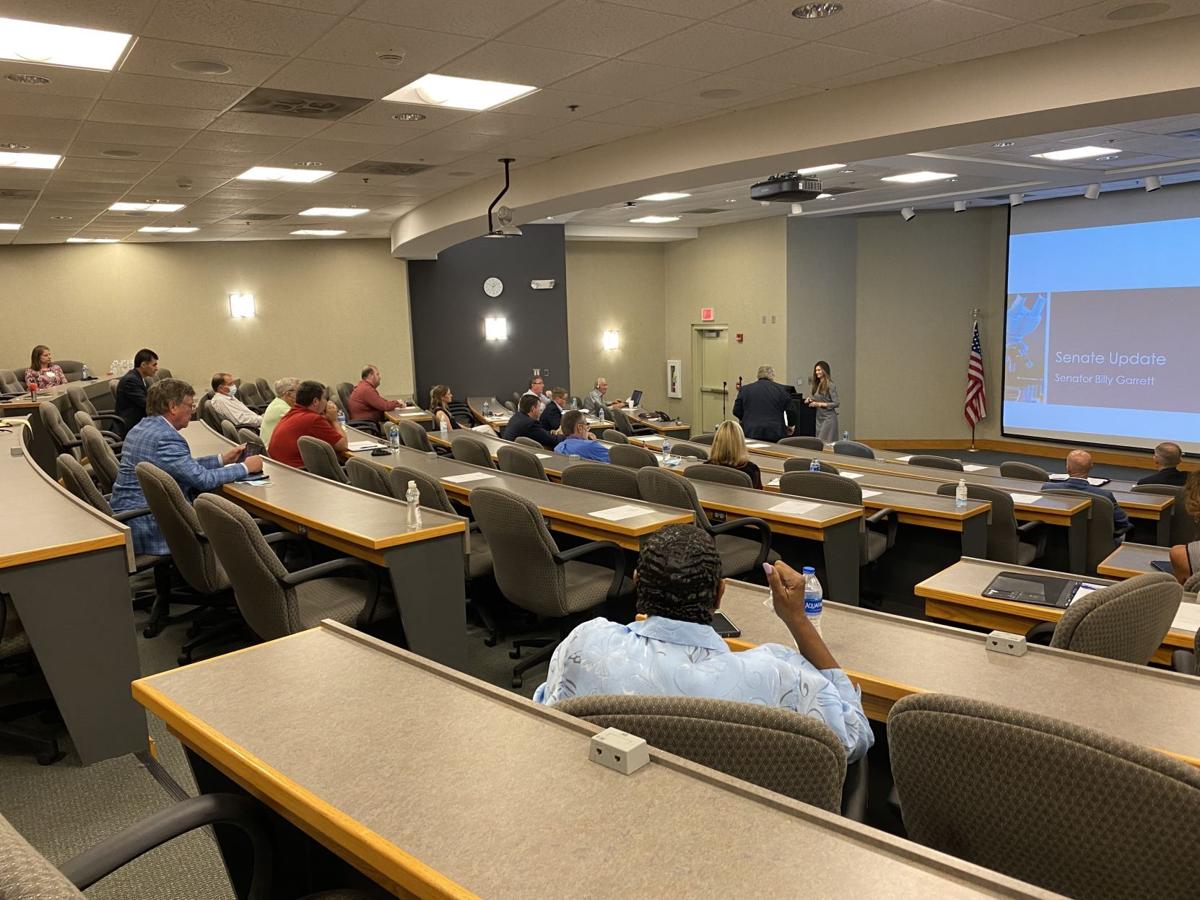 As the Lakelands slowly creeps out of the novel coronavirus pandemic, a task force in Greenwood County is looking to solve an infrastructure problem that was highlighted during the pandemic.

“We failed you, in that we did not have what you needed,” Sen. Billy Garrett told superintendents of each of Greenwood County’s three school districts. “This hit us, we’re going to fix that.”

Garrett was addressing the need for rural broadband internet access, a challenge that was even more transparent last year as schools transitioned to e-learning to avoid the person-to-person contact that could spread COVID-19.

On Monday, leaders of Greenwood from city and county government, the Upper Savannah Council of Governments, state legislators, and school administrators met at the Greenwood Genetic Center’s Curry Conference Center to hear from the state Office of Regulatory Staff about the state of broadband in South Carolina.

She said broadband is an area where state law does not have a lot of regulation, which has provided opportunities to meet the needs in communities.

“The focus now shifting to broadband and giving consumers the access they need for telework, telehealth, and most significantly for our education,” Edwards said.

The Office of Regulatory Staff is the state’s office that is working with rural communities to develop paths to building rural broadband infrastructure in the most needed areas. While broadband does not have its own office, Regulatory Staff employs a broadband coordinator, Jim Stritzinger, who gave a presentation to the task force.

Stritzinger’s connection with Greenwood goes back to late 2014 when he worked with former Greenwood Partnership Alliance CEO Heather Simmons Jones to establish Greenwood County as one of the first certified connected communities, he said.

Stritzinger said when looking at broadband an evaluation has to be made of three areas: access, adoption and use. He presented a number of maps to the task force showing broadband access and capabilities in the state using the 2015 minimum criteria of 25 Mbps download speed and 3 Mbps upload speed, the speed that it takes to stream a video without buffering.

Using that information, he identified 10 target areas representing about 36 square miles in Greenwood County where people live that do not have access to internet service.

He said the state has 35 internet service providers and praised one that was represented in the room. Stritzinger said WCTEL – whose CEO Jeff Wilson was in attendance — made a visionary move in 2008 to rebuild infrastructure in Abbeville County to make broadband fiber internet service available throughout the county.

Much of the southern parts of Greenwood County outside of Greenwood city limits are areas where there is no internet available.

“That means the people that live there have no choice for an ISP, candidly, there’s nothing there,” Stritzinger said.

Stritzinger said a lot of the data he obtains on internet speeds come from the Ookla Speed Test, a service available by website and mobile app that tests the speed of an internet connection.

He said the state will also see some federal money — $122 million — help with broadband initiatives. Charter Spectrum has been awarded a grant to expand broadband in the state as well as Elon Musk’s SpaceX Starlink program, a satellite-based internet provider.

Edwards said coordination is the biggest issue. The task force hopes to help with that.

“Our task force was formed in order to assess areas of Greenwood, McCormick, in portions of adjacent counties which needed broadband coverage,” Garrett said.

Garrett said Upper Savannah COG will help with writing grants the group may want to seek.

Vision Greenwood, formerly GPA’s Foundation for a Greater Greenwood, has been coordinating broadband taskforce meetings even before the organization is ready to fully introduce itself.

“Vision Greenwood is all about community development, providing leadership to enhance the quality of life in Greenwood through long-term vision and strategic community development initiatives,” Kay Self, executive director of Vision Greenwood, said. “It’s a continuation of some of the efforts that we’ve started for the past 10 years. Bringing in new fresh ideas, taking on some of the gaps and shortfalls in our community.”

Collaboration is the key to success for Vision Greenwood and its broadband efforts.

“Let’s work together,” Self said. “We are going to need your help to collaborate and make this happen for our community.”