By Ramona MidkiffJuly 27, 2020No Comments 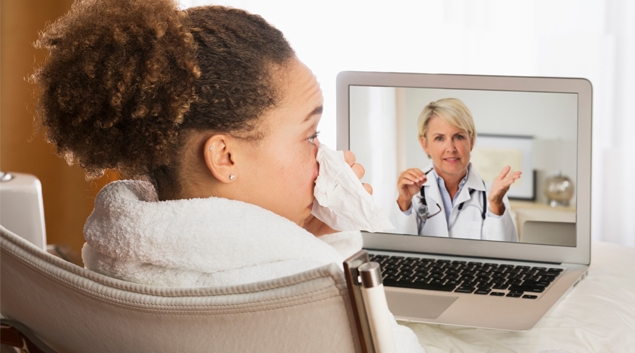 By Kat JercichJuly 23, 2020
The House bill, introduced last week, would eliminate most geographic and originating site restrictions on the use of telehealth in Medicare, a broadly popular provision. 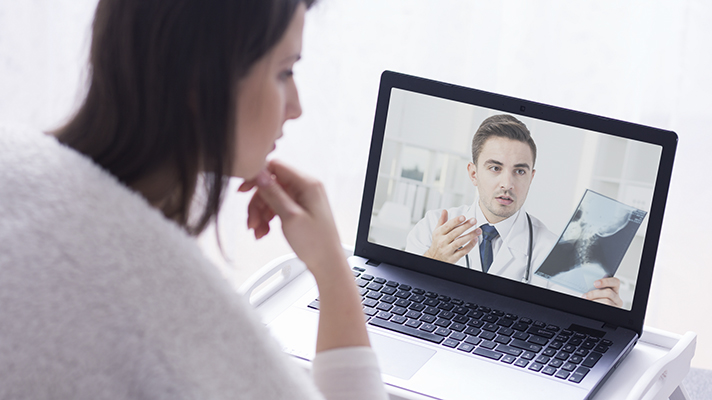 Several healthcare organizations and elected officials came together on Thursday in support of legislation safeguarding access to telehealth after the pandemic.

“We have seen the positive impact of telehealth across the nation,” said Jen Covich Bordenick, CEO at eHealth Initiative.

The temporary waivers issued by the U.S. Department of Health and Human Services, said Bordenick, have allowed individuals suffering from COVID symptoms to get virtual treatment. But the waivers have fulfilled another important function: “It’s allowed individuals to manage their non-COVID treatment,” such as cancer treatment, mental health care and diabetes management.

“The issue is that these waivers are temporary,” Bordenick explained. “All of that access is at risk of disappearing” if action isn’t taken now.

This past week, a bipartisan group of House representatives – all of whom were present on the call – introduced the Protecting Access to Post-COVID-19 Telehealth Act.

The legislation would eliminate most geographic and originating site restrictions on the use of telehealth in Medicare; authorize the Centers for Medicare and Medicaid Service to continue reimbursement for telehealth for 90 days beyond the end of the public health emergency; and enable the HHS to expand telehealth in Medicare during all future emergencies and disasters; among other provisions.

“It’s a pretty exciting time for telehealth,” said Rep. Mike Thompson, D-Calif. “There’s a lot of enthusiasm for doing this.”

Legislators and supporters pointed to the need to expand internet access around the country, with some saying there could be no expansion of telehealth without it.

“Telehealth must be accessible to everyone,” said Thompson. “Right now, it isn’t … We can’t allow telehealth to leave anyone behind.”

Rep. David Schweikert, R-Ariz., said more data is also needed – including from providers – about the costs of telehealth.

Without that kind of information, he said, “we’re actually sort of groping in the dark.”

As she noted, CMS has acknowledged that “urban beneficiaries experience barriers to care, and telehealth can help overcome these barriers for both urban and rural patients.”

“Telehealth is not new. We know telehealth can help transform our health care system,” she added, pointing to support from hundreds of stakeholders in favor of safeguarding telehealth access.

Hal Wolf, president and CEO of HIMSS (Healthcare IT News‘ parent organization) agreed that access to care is both a “rural and urban challenge.”

A 20-minute visit, from a clinician’s perspective, can, for some patients, be an “all-day affair,” he pointed out – whether that’s because they had to drive for two hours across the desert or sit in traffic on a city bus.

Wolf also pointed out that the recent bloom in telehealth is rooted, in part, in the government’s electronic health record incentive program and meaningful use.

“I cannot even imagine what a physician would do if they had to talk to a patient on the phone and they didn’t have an electronic medical record to pull up the information,” Wolf said.

The looming physician shortage, will require providers to think outside the box in terms of what care looks like – making telehealth even more important, including after the pandemic, said attendees.

Yet some providers are still hesitant to make infrastructure investments because of the uncertainty of the current moment, they noted.

“Why are you [as a provider] going to invest in changing workflow, educating patients on the value of telehealth, doing all that work, not knowing if this is going to end … in 2021?” she said.

She also pointed out that many state governments have also been in limbo waiting for the federal government to take action.

“We need to work together,” said Drobac. “We have an unprecedented opportunity to go big.”