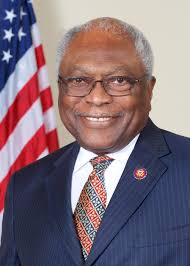 A story from Cablefax.com indicates that Clyburn, a Democrat serving a large portion of the central eastern part of the state, including a part of Florence County and all of Williamsburg County, is preparing to reintroduce the Accessible, Affordable Internet for All Act within the next few weeks.

Minnesota Sen. Amy Klobuchar is expected to reintroduce an identical bill in the Senate.

Clyburn and 11 Democrats introduced a similar bill in 2020.