Is the Digital Divide the Newest Social Determinant of Health?

By Ramona MidkiffMarch 11, 2021No Comments

Home » Is the Digital Divide the Newest Social Determinant of Health? 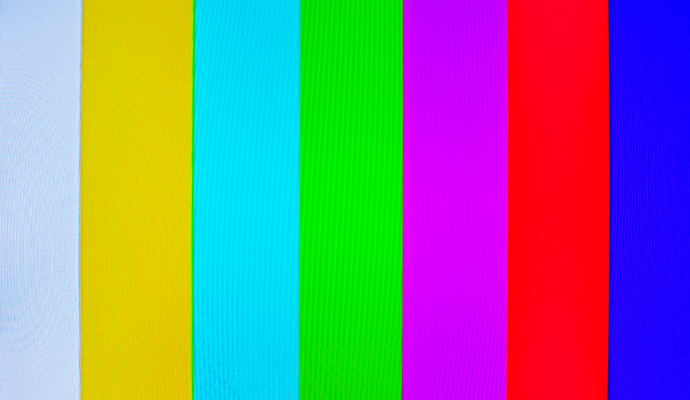 The digital divide fuels and is fueled by other leading social determinants of health, ultimately having an impact on patient wellness and health equity.

March 10, 2021 – As healthcare continues to lean on technological innovations, a new social determinant of health is coming to the forefront: the digital divide.

The digital divide is the chasm between those who have access to technologies and the digital literacy to work them, and those who don’t. In healthcare, the digital divide can lead to disparities in patient portal adoption, telehealth care access, or ability to utilize patient-facing practice management software, like online appointment schedulers.

The question around the digital divide in healthcare is not new. When the Centers for Medicare & Medicaid Services (CMS) put patient portal adoption as a key metric in the EHR Incentive Programs, healthcare organizations lamented an older population that wasn’t ready to use the technology.

A digital divide was splitting patient engagement strategies into those for the old and for the young, with many clinicians creating protocol that catered to generational differences.

In more recent years, healthcare experts have learned that the digital divide is more nuanced than that. Some older adults may be excited to utilize telehealth, while a younger, potentially low-income, patient might not have the infrastructure to support it.

Population health leaders are starting to look into the digital divide and where it is leading to health inequities and ultimately health disparities. In uncovering those issues, experts can craft better multimodal patient engagement strategies account for equity.

Below, PatientEngagementHIT outlines where the digital divide has proven a challenge and how it has become a key social determinant of health.

Perhaps most prominently, the digital divide has forced a stark disparity in telehealth adoption and use.

Telehealth saw its heyday during the COVID-19 pandemic, when healthcare providers had to shut their doors to non-urgent healthcare. Telehealth proved an essential way to maintain chronic disease management for high-risk patients.

But that adoption was not equal across different populations. Much like coronavirus case counts, there were stark racial health disparities in pandemic-era telehealth use and adoption.

In September, a study in the Journal of the American Medical Informatics Association found that Black patients were four times more likely than White patients to access the emergency department, not telehealth, during the pandemic’s initial surge.

Older Black and Hispanic patients used telehealth at significantly lower rates than their White and Asian counterparts, and social determinants of health and structural inequity are likely the culprits.

For example, language barriers strongly dissuaded patients from accessing telehealth, the researchers said. Additionally, traditionally underserved patients without a usual source of care may have been more used to accessing the ED, or less able to have an established provider with whom they could pursue telehealth.

Separate data suggested that this digital divide, like other social determinants of health, had an impact on patient health and wellness. An Urban Institute report showed telehealth care access disparities falling along racial lines. Those disparities coincided with high rates of unmet medical needs among those already in poor health and those with public health insurance coverage.

Those patients wanted a telehealth visit but could not receive one, suggesting that the amount patients were accessing telehealth still was not enough, the survey showed.

“As the pandemic stretches on, it is important to ensure that everyone can access needed care,” Mona Shah, senior program officer at the Robert Wood Johnson Foundation, said in a statement. “Those left behind by telehealth are, in many cases, people who need care most urgently.”

The digital divide exists outside of telehealth and racial health disparities. Poor broadband, which refers to the infrastructure that supports any digital health tool, acutely impacts individuals living in rural areas.

In 2017, the American Medical Informatics Association (AMIA) asserted broadband is a key social determinant of health, largely because of its role in deepening the digital divide.

According to the North Carolina Broadband Infrastructure Office, there are four key barriers currently limiting broadband access and exacerbating the digital divide:

And as healthcare works to improve digital health literacy among patients, it has started to employ digital health navigators to fill in the blanks in the near-term.

Data has confirmed that low digital health literacy—defined by the World Health Organization as the ability to seek, assess, and make use of health information via electronic media—perpetuates digital health inequity.

“Portals that allow patients access to their electronic health records, decision aids that prepare patients to discuss options with their providers, making telehealth appointments with providers and so forth, needlessly, though unintentionally, excludes, marginalizes, and disenfranchises those who are older, have low incomes, have low health literacy, and/or are members of minority groups,” Tappen continued.

At Nemours Children’s Health, which has heavily utilized health IT as part of its care management strategies and ramped that up during the pandemic, patient navigators were instrumental.

Alongside the rest of the industry, Nemours saw COVID-19 reveal a steep digital divide that kept some populations from engaging with its virtual care access and patient education options as much as others.

“During that time, we realized that in order to scale up to this extent, we needed to make sure that the patients were ready on the other end. And it was clear they were not,” Gina Altieri, Nemours executive vice president and enterprise chief communications officer, said in an interview with PatientEngagementHIT.

Altieri said the digital divide impacts two types of patients: those without devices or adequate infrastructure support, like broadband, and those without the digital health literacy necessary to engage with virtual tools.

At this early stage, most organizations, like Nemours, can only begin to address digital health literacy, which is no easy feat. Clinicians are already overburdened with integrating virtual care access themselves, making it far too onerous to ask them to walk their patients through a telehealth visit or engaging with the patient portal.

Nemours took advantage of a number of staffers whose jobs no longer existed in a pandemic world—someone who operates the front desk, for example—and reengaged those workers as digital health navigators.

“We said, ‘Okay, your job is to get the patient and family ready for their telehealth visit,’” Altieri said. “And hundreds of people at Nemours, in a sense, volunteered to do this.”

These digital navigators acted like a patient’s waiting room, helping them to work through digital forms or troubleshoot connectivity issues so that the healthcare experience was smooth for both the patient and the provider.

“Navigators really felt like they were contributing in a very big way,” Altieri continued. “Families were very appreciative of the handholding and the help that they were getting to get the care that they needed for their child because they were nervous through this whole thing.”

The digital divide is not a new problem, but when the pandemic emphasized the need for remote digital patient engagement and care access options, it became a notable one. The healthcare industry is keenly aware of already underserved populations falling further through the cracks, and the digital divide threatens that.

The current ad hoc solutions to poor digital health literacy and digital health access likely will not sustain true health equity. Rather, a multifaceted social determinants of health strategy, plus technology investments, will be critical.

After all, the digital divide is interrelated with other key social determinants of health, like race, income, or geographic location. As efforts continue on those fronts, accounting for the digital health access problems beleaguering already disadvantaged populations will be essential.