By Ramona MidkiffJuly 22, 2020No Comments 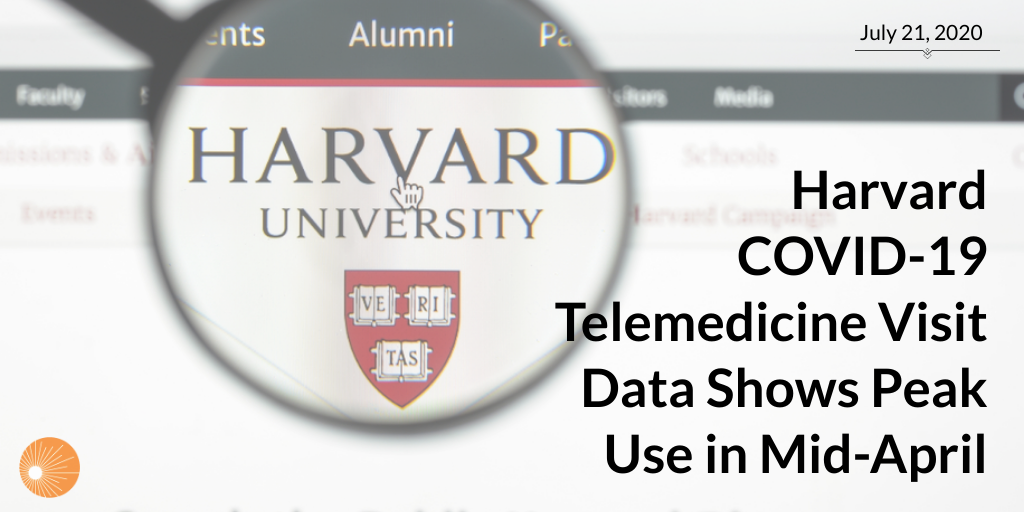 Since March, researchers at Harvard University and Phreesia, a health care technology company, have been tracking and analyzing data on changes in visit volume and use of telemedicine for 50,000 providers who are Phreesia clients.  Visits were captured from February 1 through June 20, 2020. A visit was counted if it was in the practice’s scheduling software and the patient was “checked in.”  The data excludes any new Phreesia clients who joined after February 15th, 2020.

In late June, the researchers released the third update to their findings, reflecting trend data since March.  Key findings from their previous two reports included that there was a 60% decline in ambulatory care visits when the pandemic began, which continued into the end of April.  In mid-May, data suggested that a rebound was beginning. Researchers note in this latest report that while visit numbers have rebounded, they are still substantially lower than before the pandemic.

For telemedicine visits specifically, researchers were able to identify those based on notes regarding appointment type or location made in the scheduling software. Telemedicine included both telephone and video visits in this study. Not surprisingly, starting in March, as in-person visits dropped, telemedicine visits increased rapidly. Since a peak in mid-April, telemedicine use has begun to decline, though levels remain higher than prior to the pandemic.  Telehealth utilization data tracking numbers from Fair Health also show similar spikes in utilization in April.

The researchers acknowledge some of the study limitations, including that some visits may not have been captured in the software, especially unscheduled telephone encounters.  Additionally, early in the pandemic, processes were still being created to designate telemedicine visits within the scheduling software, which may mean that some of that data was not initially captured.  See the full study findings for more detailed information. 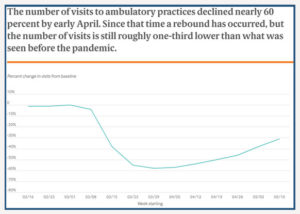