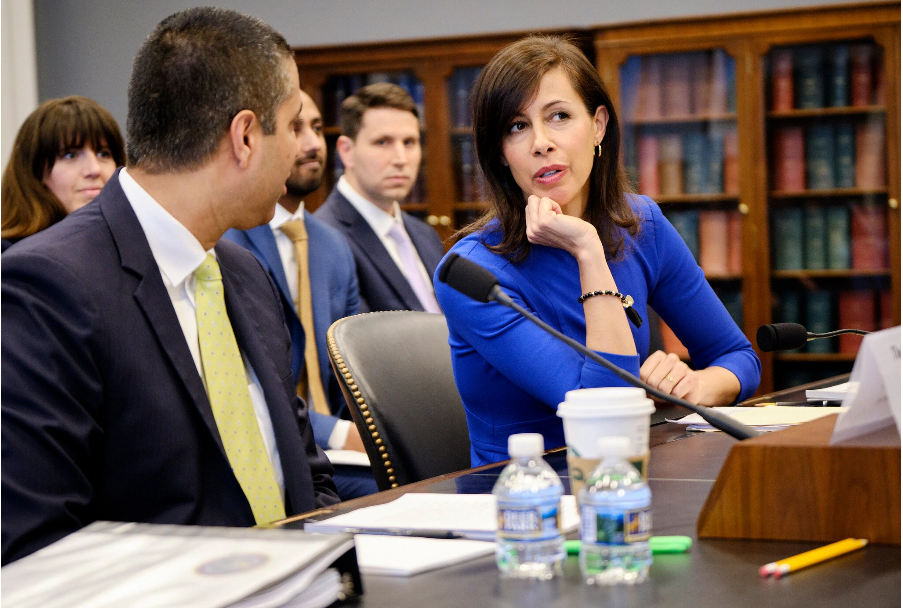 Jessica Rosenworcel, the acting chairwoman of the Federal Communications Commission, in 2019.Credit…T.J. Kirkpatrick for The New York Times

The acting chairwoman of the Federal Communications Commission on Monday announced a proposal to use $3.2 billion in emergency funds to significantly subsidize broadband service for millions of households, an attempt to narrow the digital divide that has punished low-income families during the pandemic.

The chairwoman, Jessica Rosenworcel, announced that under her proposal, qualifying households would receive $50 a month in discounts for high-speed internet service. The discount would be $75 for households on tribal lands. Ms. Rosenworcel sent the proposal to the other three commissioners for a vote, but did not specify when that vote would take place for the program, which is called the Emergency Broadband Benefit.

Congress allocated the money last December as part of a Covid-19 relief bill. The money will be available to households at or 135 percent above the poverty line, those who qualify for free and reduced school lunch, or have experienced substantial loss of income since Feb. 29, 2020.

At least 14.5 million homes do not have access to high-speed internet. For many families, particularly in urban and suburban areas, the high cost of broadband has prevented them from acquiring the service. The consequences of the digital divide during the pandemic have been severe. Children have been cut off from online learning and adults have been unable to work from home or find vital health information.

“No one should have to choose between paying their internet bill or paying to put food on the table,” Ms. Rosenworcel said in a statement. “With the help of the Emergency Broadband Benefit, we have a new way for households to access virtual learning, for patients to connect to telehealth providers, and for those struggling in this pandemic to learn new online skills and seek their next jo

The digital divide has been one of the most stubborn problems for the federal government. Though federal subsidies worth over $8 billion are allocated each year to internet service providers to bring broadband to every American home, the adoption and access rates have improved at a crawl. Broadband maps, for instance, notoriously overcount how many households have access to the service. If an internet service provider such as Verizon or Comcast reaches just one home in a census block, the entire block appears connected on federal maps — even when in reality all homes aren’t given the option of broadband.